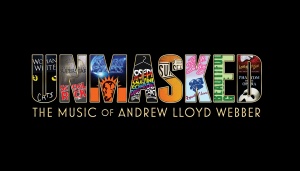 One of the most successful musical theater composers of all time takes audiences behind the scenes in Unmasked, a world-premiere featuring stories and songs from Andrew Lloyd Webber’s remarkable life and celebrated work. This funny and warm musical portrait, a concert for the theater, offers an intimate look at Lloyd Webber’s five decades in the spotlight and beyond, from his quirky family and bohemian youth in London to the creation of such smash hits as Jesus Christ Superstar, Evita, Cats, Phantom of the Opera, and Sunset Boulevard. You’ll hear new and sometimes unexpected interpretations of his best-loved songs, rediscovered gems, and some new material specially written for this production.

Unmasked is a funny and heartwarming celebration of one of the greatest musical theater composers of all time. In this musical revue audiences can expect to hear their favorite songs from some of Andrew Lloyd Webber’s most cherished works, along with the inspiration behind these timeless songs. Unmasked is the heart, mind and soul of this creative genius. 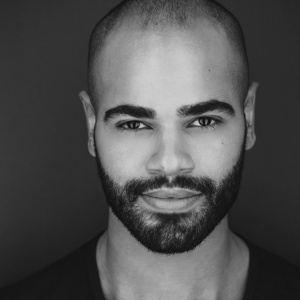 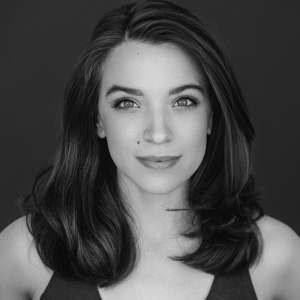 ALEX FINKE was most recently seen as Janice & Others in the hit Broadway musical Come From Away. Other credits include: Broadway: Les Misérables (Cosette); Off Broadway: Johanna in the critically acclaimed revival of Sweeney Todd at Barrow Street Theatre; First National Tour: Anything Goes (Hope Harcourt); Regional: The Unsinkable Molly Brown at the Denver Center, Footloose at PCLO, Music Theatre Wichita. University of Michigan, BFA, Musical Theatre. 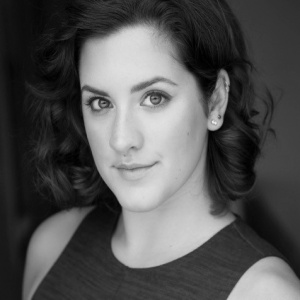 ALYSSA GIANNETTI is thrilled to be performing at Paper Mill Playhouse for the first time. She made her professional debut as the Christine Daaé understudy and ensemble swing with the first national tour of Andrew Lloyd Webber’s Love Never Dies. Originally from Bloomfield Hills, MI, Alyssa holds a BM in Voice and Opera Performance from Northwestern University. 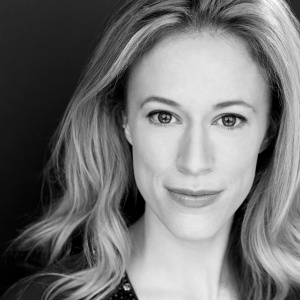 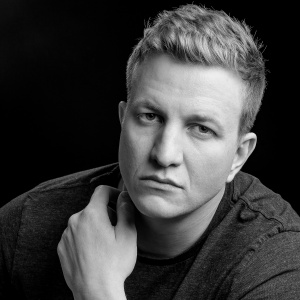 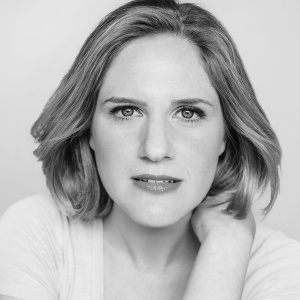 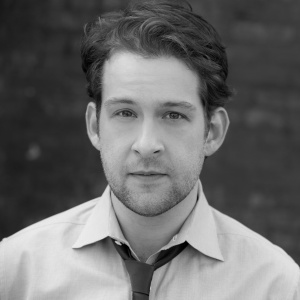 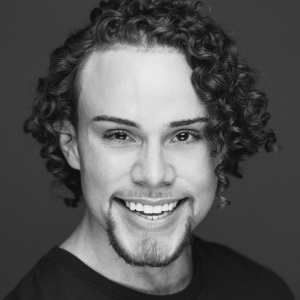 ANGEL LOZADA is proud to make his Paper Mill Playhouse debut in Unmasked! He is originally from Orlando, Florida, and is a proud son of Puerto Rican parents! Angel is a Florida State University alumnus (class of 2017) with a BM in Music Theatre. Favorite credits include Jesus Christ Superstar both live on NBC and at the Lyric Opera of Chicago, Che in Evita at Riverside Theatre and ACT of Connecticut, and Bernardo in West Side Story at Maltz Jupiter Theatre. 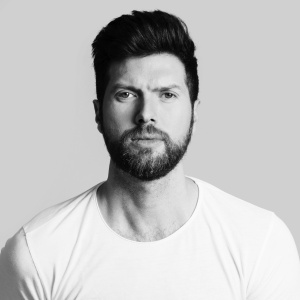 MAURICIO MARTINEZ is a Mexican actor and recording artist. Broadway/National Tour: On Your Feet! (Emilio Estefan). Regional: Evita as Che (Kansas City Rep). TV: El Vato (Netflix—International Emmy Award), Señora Acero 2 (Telemundo), and numerous telenovelas for Univision. On the Mexico City stage, he starred in Disney’s Beauty and the Beast, Saturday Night Fever, The Drowsy Chaperone, Sweet Charity, and A View from the Bridge, among others. Mauricio has released two pop albums available on iTunes and is currently working on his third solo album. 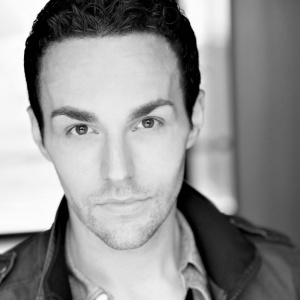 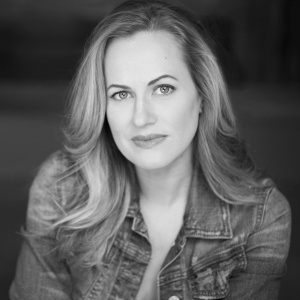 MAMIE PARRIS. Unmasked marks Mamie’s Paper Mill Playhouse debut. On Broadway she garnered acclaim as Grizabella in the revival of Cats and originated the role of Patty in School of Rock. Additional Broadway and first national tour credits include Wicked (Elphaba), 9 to 5 (Judy), On the Twentieth Century, Ragtime, The Drowsy Chaperone, Legally Blonde, and 110 in the Shade. Regional credits include the new musicals Dave (Ellen) at Arena Stage and Life After (Beth) at the Old Globe, as well as roles at Goodspeed, Pittsburgh CLO, and the Muny. Film and television credits include The Blacklist, State of Affairs, and A Standup Guy. 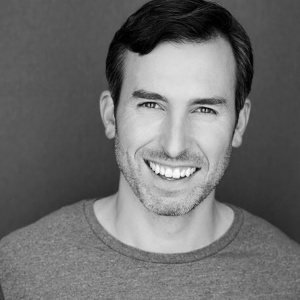 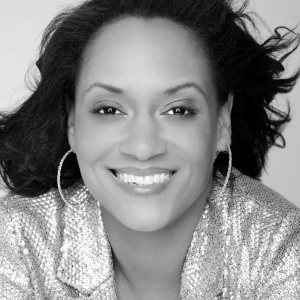 ANDREW LLOYD WEBBER (Composer) is the composer of some of the world’s best-known musicals, including Cats, Evita, Joseph and the Amazing Technicolor Dreamcoat, Jesus Christ Superstar, The Phantom of the Opera, Sunset Boulevard, and School of Rock. His awards, both as composer and producer, include seven Tonys, seven Oliviers, a Golden Globe, an Oscar, an Emmy, the Praemium Imperiale, PCLO’s Richard Rodgers Award for Excellence in Musical Theater, a BASCA Fellowship, the Kennedy Center Honor, and a Grammy for Best Contemporary Classical Composition for Requiem, his setting of the Latin Requiem mass, which contains one of his best-known compositions, “Pie Jesu.” He owns seven London theaters, including the Theatre Royal Drury Lane and the London Palladium. He was knighted by Her Majesty the Queen in 1992 and created an honorary member of the House of Lords in 1997. He is passionate about the importance of music in education, and the Andrew Lloyd Webber Foundation is one of Britain’s leading charities supporting the arts and music. In 2016, the foundation announced a $1.3 million arts education initiative with the American Theatre Wing.

RICHARD CURTIS (Cowriter) is a film writer and director, responsible for Four Weddings and a Funeral, Notting Hill, Bridget Jones’s Diary, Mr. Bean, Love Actually, The Boat That Rocked, and most recently Trash, About Time, and Yesterday. In the other half of his life, he is cofounder and vice chair of Comic Relief, which he started after visiting Ethiopia during the 1985 famine, leading to the fundraising event Red Nose Day. He has coproduced the charity’s 16 live broadcasts for the BBC since 1988, raising over £1.3 billion for projects in the UK and internationally. In 2015, Richard helped bring Red Nose Day to the United States, in a partnership with NBC and Walgreens, where it has raised nearly $150 million to help children here and around the world.

MICHAEL PATRICK WALKER (Music Director). Broadway: 2017 revival of Sunset Boulevard (assistant conductor), Frozen, Aladdin, If/Then, Avenue Q (conductor), Cats, and more. Concert Performances: Carnegie Hall, Jazz at Lincoln Center, and ten amazing years as Chita Rivera’s associate musical director and pianist. As a composer/lyricist he was honored with an Outer Critics Circle Award and multiple Drama Desk nominations. His musicals include Being Theo, Dog and Pony (with Rick Elice), and the ninth longest running Off Broadway musical of all time, Altar Boyz (with Gary Adler and Kevin Del Aguila). Recordings: Out of Context: The Songs of Michael Patrick Walker, Johnny and the Sprites (coproducer), and the Altar Boyz cast album

ACCESSIBILITY PERFORMANCES FOR UNMASKED: THE MUSIC OF ANDREW LLOYD WEBBER

Paper Mill Playhouse, a leader in accessibility, will offer audio-described performances for Unmasked: The Music of Andrew Lloyd Webber on Sun, Feb 23, at 1:30PM and Saturday, Feb 29, at 1:30PM. Prior to these performances at noon, the theater will offer free sensory seminars. Sensory seminars offer an opportunity for patrons with vision loss to hear a live, in-depth description of the production elements of the show and hands-on interaction with key sets, props, and costumes.  There will be a sign-interpreted and open-captioned performance on Sun, March 1, at 7:00PM.

CONVERSATION CLUB: Join us Thu evenings, Jan 30, Feb 6, 13, and 20, one hour before curtain for an informal, informative gathering. You’ll learn more about the performance you’re about to see.
THE DIRECTOR’S VIEWPOINT: One hour before curtain on Wed, Feb 5, a pre-show discussion with the show’s director in the Renee Foosaner Art Gallery.
Q&A WITH THE CAST: After the matinee on Sat, Feb 29, stick around for a lively Q&A with cast members directly following the performance.
Paper Mill Playhouse Education & Outreach are proudly sponsored by The Goren Family & the Harmony Helper App.