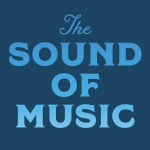 The Sound of Music

The show will begin performances at Paper Mill Playhouse on Friday, December 2 and play through Sunday, January 1, 2023. Opening night is set for Sunday, December 4.

Celebrate the holidays with the heart-soaring melodies of The Sound of Music, including such beloved gems as “My Favorite Things,” “Edelweiss,” and “Climb Ev’ry Mountain.” Directed by Paper Mill Producing Artistic Director Mark S. Hoebee, Rodgers and Hammerstein’s final musical conjures an Austria replete with rolling hills, singing nuns, and a tender love story, set in the shadow of World War II.

The Sound of Music will feature scenic design by Kelly James Tighe (PMP’s Songs for a New World and Jolly Holiday), based on original scenic design by James Fouchard (PMP’s Kiss Me, Kate and Grease); costume design by Leon Dobkowski (PMP’s Annie, Vanya and Sonia and Masha and Spike), based on original costume design by Tony Award winner Catherine Zuber (Broadway’s Mrs. Doubtfire, Moulin Rouge!); lighting design by Charlie Morrison (PMP’s On Your Feet!, Sister Act); sound design by Sun Hee Kil (Suffs at The Public, Broadway’s Choir Boy); and hair and wig design by Jimmy Goode (The Public’s As You Like It, Suffs). Gary Mickelson serves as Production Stage Manager. Casting is by Nora Brennan Casting, CSA.

Tickets start at $35 may be purchased by calling 973.376.4343, at the Paper Mill Playhouse Box Office at 22 Brookside Drive in Millburn, or online at papermill.org.  Groups of 10 or more may receive up to a up to 30% discount on tickets and should call 973.376.4343. Students may purchase $20 tickets. Patrons under 30 years old may purchase tickets for $30 to any performance. Three-show and four-show subscription packages are also available starting at just $111.

Programs, dates, and artists are subject to change.

PAPER MILL PLAYHOUSE, recipient of the 2016 Regional Theatre Tony Award, is a nationally renowned not-for-profit theater under the direction of Mark S. Hoebee (Producing Artistic Director) and Michael Stotts (Managing Director). A beloved New Jersey arts institution since 1938, Paper Mill creates and produces groundbreaking new musicals and reimagined classics. Several productions have gone on to Broadway and launched national tours, including Disney’s Newsies, Les Misérables, Honeymoon in Vegas, A Bronx Tale, and Bandstand. The theater is also the home to an award-winning center for musical theater education and artist training, with outreach programs that impact thousands of students each year. As one of the nation’s premier musical theaters, Paper Mill fosters a creative environment to advance the art form, educate students, develop future theater lovers, nurture inclusion, and provide access for all. We acknowledge that our theater stands on the traditional land of the Lenni-Lenape, and we honor the Indigenous people who inhabited it for thousands of years before European settlers arrived. Paper Mill Playhouse programs are made possible, in part, by funds from the New Jersey State Council on the Arts, a partner agency of the National Endowment for the Arts. Paper Mill Playhouse is a member of the National Alliance for Musical Theatre, the Council of Stock Theatres, and the New Jersey Theatre Alliance.

Ashley Blanchet (Maria Rainer) is absolutely thrilled to be back at Paper Mill Playhouse, where she was last seen in the title role of Rodgers + Hammerstein’s Cinderella. Broadway: Waitress (Dawn), Frozen (Elsa u/s), Beautiful (Little Eva), Annie (Star to Be), Memphis. This summer she was Miss New Hampshire in the world premiere of the new musical The Bedwetter, written by Josh Harmon, Adam Schlesinger, and Sarah Silverman. Film/TV: The Good Fight, Better Nate Than Ever on Disney+, and the award-winning short animated film Are You Okay?, voicing the lead character, Raquelle. BFA UMich and The Walnut Hill School in Natick, MA. Instagram: @a_blanchet

Analise Scarpaci (Liesl von Trapp) is beyond thrilled to be playing the oldest role she has ever played: “16 going on 17” at the age of 23. She most recently starred in Broadway’s Mrs. Doubtfire as Lydia Hillard. Analise began her journey on Broadway at age 12 in A Christmas Story: The Musical as Esther Jane, followed by her role as a swing in Matilda. Her debut EP, Pathetic Little Dreamer, is streaming on all platforms! BFA Pace University, Musical Theatre. analisescarpaci.com

Andrew Alstat (Rolf Gruber) is hitting the Paper Mill stage for the first time and is so excited to be a part of this timeless show yet again. Recent credits include Grease (Danny Zuko) at Cape Playhouse, The Sound of Music (Rolf), Footloose (Chuck Cranston), and Seven Brides for Seven Brothers at the Muny. Other credits: The Rocky Horror Show (Rocky), Legally Blonde (Emmett), and Anything Goes (Billy Crocker). BFA CCM 2020. Instagram: @a12tat

Stacia Fernandez (Frau Schmidt) is thrilled to be back at Paper Mill, where she was last seen as Mrs. Potts in Beauty and the Beast. Recent: The Drowsy Chaperone, Native Gardens. Broadway: Mamma Mia!, The Drowsy Chaperone, Swing, Tom Sawyer, The Scarlet Pimpernel, Beauty and the Beast. Tours: Evita, Beauty and the Beast, Jerome Robbins’ Broadway, and more. Regional: Mrs. Potts three times, Reno in Anything Goes, Diana in Next to Normal, Adelaide in Guys and Dolls, Anna in The King and I, Grizabella in Cats. Films: Enchanted, Shaggy Dogg, Captain America, and Frozen 2. Partner in Streamingmusicals.com (1660vine.com coming!). Co Writer of The Loop and A Smalltowne Christmas. Visit at staciafernandez.com.

Paul Slade Smith (Franz) is an actor and playwright. His political comedy, The Outsider, had its East Coast premiere here at Paper Mill Playhouse in 2018. Paul’s newest play, Offstage Romance, premieres at California’s North Coast Repertory next fall. Paul’s acting credits include the original Broadway casts of Charlie and the Chocolate Factory, Finding Neverland, and Lincoln Center’s My Fair Lady. Touring credits include My Fair Lady, Wicked, and The Phantom of the Opera. Regional credits include Steppenwolf, Goodman, Chicago Shakespeare Theater, and, most recently, Eureka Day at Asolo Repertory.

Mark S. Hoebee (Director) joined the artistic team at Paper Mill Playhouse in 2000. Under his leadership as Producing Artistic Director, Paper Mill was presented with the Regional Theatre Tony Award in 2016 and in recent years launched such noteworthy projects as the world premieres of Newsies, in partnership with Disney Theatrical Productions; Honeymoon in Vegas; Bandstand; A Bronx Tale; The Wanderer; Ever After; The Honeymooners; My Very Own British Invasion; Unmasked: The Music of Andrew Lloyd Webber, with the Really Useful Group; and The Sting starring Harry Connick, Jr.; as well as the American premieres of the 25th Anniversary Production of Les Misérables, working alongside Cameron Mackintosh; Alan Menken and Stephen Schwartz’s The Hunchback of Notre Dame; and the national tour of The Bodyguard starring Deborah Cox. On Broadway, Mark directed the Actors Fund benefit of The Best Little Whorehouse in Texas starring Jennifer Hudson. He directed national tours of Victor/Victoria starring Toni Tennille, Dreamgirls, Company, and An Evening of Lerner and Loewe starring Diahann Carroll. Select directing credits at Paper Mill include West Side Story; Beauty and the Beast; Annie; Mary Poppins; Dreamgirls; Rodgers + Hammerstein’s Cinderella; Songs for a New World; Hello, Dolly! starring Tovah Feldshuh; Harold and Maude: The Musical with Estelle Parsons; The Will Rogers Follies starring John Davidson; Meet Me in St. Louis; The King and I; Miss Saigon; Disney’s High School Musical; Peter Pan; Smokey Joe’s Cafe; Damn Yankees; and The Full Monty starring Broadway legend Elaine Stritch. He resides in Glen Ridge with his partner Larry Elardo, Broadcast Coordinating Producer for the CBS Evening News and CBS Sunday Morning, and their children, Stephen and Ashley.

Gary Mickelson (Production Stage Manager) comes back to Paper Mill directly from the world premiere of The Griswolds’ Broadway Vacation. He has done twelve shows here; his favorites include The Other Josh Cohen, Elf, and both shows in the “Tenor-Verse.” Broadway: Come From Away, Dr. Zhivago, First Date, Memphis, Gypsy, Company, Chita Rivera: The Dancer’s Life, A Christmas Carol, The Lion in Winter, Triumph of Love, Victor/Victoria. National Tours: The Producers, Hairspray, Grease!. Off Broadway: Whorl Inside a Loop. He has captained four championship Broadway Bowling League teams and managed a championship Broadway Show League softball team.