In politics, the less you know, the higher you’ll go! At once a razor-sharp satire and an inspirational tribute to democracy, The Outsider is a timely and hilarious send-up of modern American politics. In the midst of a political scandal, Ned Newley, the ultimate policy wonk, is unexpectedly thrust into the position of Governor. A complete unknown, with no political instincts and a paralyzing fear of public speaking, Ned seems destined to fail. But his political consultants see things a little differently: Ned might be the worst candidate to ever run for office. Unless the public is looking for… the worst candidate to ever run for office!

The Outsider will be performed eight times a week, Wednesday–Sunday. The performance schedule is Wednesday at 7:30PM, Thursday at 1:30PM & 7:30PM, Friday at 8:00PM, Saturday at 1:30PM. & 8:00PM and Sunday at 1:30PM & 7:00PM.  Tickets are on sale now starting at $34. Tickets may be purchased by calling 973.376.4343, at the Paper Mill Playhouse Box Office at 22 Brookside Drive in Millburn, or online by clicking here.  Visa, MasterCard, Discover, and American Express accepted. Groups of 10 or more can receive up to a 40% discount on tickets and should call 973.315.1680. Students may order $23 rush tickets over the phone or in person at the Paper Mill Playhouse box office on the day of the performance. Paper Mill Playhouse’s 2017/2018 season is proudly sponsored by Investors Bank.
Subscribe & Save: 3-show packages are available with outstanding benefits, including significant savings. To subscribe, call 973.379.3717, click here or come to the Paper Mill Box Office.
Paper Mill Playhouse, a leader in accessibility, will offer audio-described performances for The Outsider on Saturday, Feb 17, at 1:30PM and Sunday, Feb 18, at 1:30PM. Prior to these performances at noon, the theater will offer free sensory seminars. Sensory seminars offer an opportunity for patrons with vision loss to hear a live, in-depth description of the production elements of the show and hands-on interaction with key sets, props, and costumes. There will be a sign-interpreted and open-captioned performance on Sunday, Feb 18, at 7:00PM. 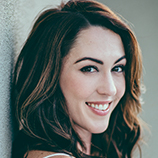 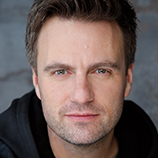 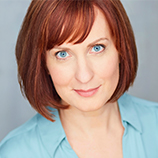 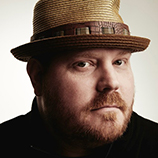 Mike Houston (A.C. Petersen) is thrilled to make his Paper Mill debut in this brilliant play while sharing the footlights with such an amazing cast! A graduate of the William Esper Studio and a founding member of The Collective NY, Mike recently wrapped production on the sixth season of the award-winning Netflix original series “Orange Is the New Black,” reprising his role as Lee Dixon. Theater: C:10 Play Festival (2013-16, The Collective NY), Someone Who’ll Watch Over Me (The Collective NY), Last Gas by Jon Cariani (Portland Stage Company). Film: Bridge of Spies, Deliver Us from Evil, The Drop, Inside Llewyn Davis, The Taking of Pelham 123. Other TV: “Sneaky Pete” (Amazon), Marvel’s “Jessica Jones”(Netflix), “Boardwalk Empire” (HBO), “The Leftovers” (HBO), “Brotherhood” (Showtime). 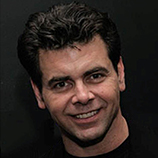 Burke Moses (Arthur Vance) was last seen at Paper Mill in Thoroughly Modern Millie. He made his Broadway debut as Sky Masterson in Guys and Dolls and then went on to create the role of Gaston in the New York, Los Angeles, and West End productions of Disney’s megahit Beauty and the Beast (Drama Desk nomination, Theatre World Award). Also on Broadway, he portrayed Fred Graham in Kiss Me, Kate and Heracles in Stephen Sondheim’s The Frogs at Lincoln Center, and created the role of El Gallo in the Off Broadway revival of The Fantasticks. In Toronto, Mr. Moses played Captain Von Trapp in the Andrew Lloyd Webber/Mirvish production of The Sound of Music. Recent regional work found him at Arena Stage as The Music Man, Long Wharf Theatre (The Underpants), Denver Center (Unsinkable Molly Brown), and Goodspeed (City of Angels). Mr. Moses is author of Stanislavski Never Wore Tap Shoes: Musical Theater Acting Craft. 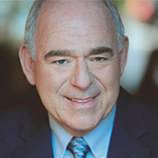 Free Audience Enrichment Activities for THE OUTSIDER:
Conversation Club: Join us Thursday evenings, Jan 25, Feb 1, 8 and 15, one hour before curtain for an informal, informative gathering. You’ll learn more about the performance you’re about to see.
The Director’s Viewpoint: One hour before curtain at 6:00pm on Wednesday, January 24, we host a pre-show discussion in the Renee Foosaner Art Gallery.
Q&A with the Cast: After the matinee on Saturday, Feb 17, stick around for a lively Q&A with cast members directly following the performance.

Paper Mill Playhouse, a not-for-profit arts organization under the direction of Mark S. Hoebee (Producing Artistic Director) and Todd Schmidt (Managing Director) and recipient of the 2016 Regional Theatre Tony Award, is one of the country’s leading regional theaters. Paper Mill Playhouse programs are made possible by funds from the New Jersey State Council on the Arts, a partner agency of the National Endowment for the Arts. Paper Mill Playhouse is a member of the National Alliance for Musical Theatre, the Council of Stock Theatres, and the New Jersey Theatre Alliance.