In Politics, the Less You Know, the Higher You’ll Go!

In politics, the less you know, the higher you’ll go! At once a razor-sharp satire and an inspirational tribute to democracy, The Outsider is a timely and hilarious send-up of modern American politics. In the midst of a political scandal, Ned Newley, the ultimate policy wonk, is unexpectedly thrust into the position of Governor. A complete unknown, with no political instincts and a paralyzing fear of public speaking, Ned seems destined to fail. But his political consultants see things a little differently: Ned might be the worst candidate to ever run for office. Unless the public is looking for… the worst candidate to ever run for office!

Join us Thursday evenings, Jan 25, Feb 1, 8, or 15, one hour before curtain for an informal, informative gathering.

One hour before curtain on Wednesday, Jan 24, we host a pre-show discussion in the Renee Foosaner Art Gallery.

After the matinee on Saturday, Feb 17, stick around for a lively Q&A with cast members directly following the performance.
Download Audience Guide 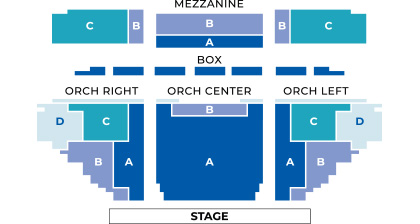