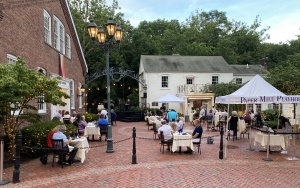 “The excitement and demand from the community to come back to see live performance has been incredible and not just from the audiences but also from the artists,” says Mark S. Hoebee, Producing Artistic Director.

“We are thrilled to have people back on campus. We are so pleased to have created a safe and thoroughly enjoyable experience with excellent cuisine provided by executive chef, Holly Guber, and a roster of terrific Paper Mill favorite performers,” says Mike Stotts, Managing Director.

The Carriage House Restaurant opens for alfresco dining at 5PM Wednesday–Saturday for prix fixe dinner, as well as high-top seating for small plates and cocktails. Brunch is available on Sunday from 11AM–2PM. Diners will enjoy live performances every Thursday and Saturday night. 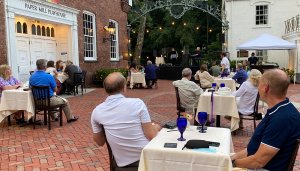 Matt Castle is a versatile singer, actor, and arranger. He made his Broadway debut in 2006 playing Peter in Company, directed by John Doyle. Other roles include Jitter in The Musical of Musicals (original off-Broadway cast), Harry in Enter Laughing (York Theatre), and Angie the Ox in Paper Mill’s 2004 production of Guys and Dolls. As a musical director, he has helped develop more than 90 new musicals at Sundance, NYU, Playwrights Horizons, TheaterWorksUSA, Disney Cruise Line, Musical Theatre Factory, Page 73, Weston, Pittsburgh CLO, Philadelphia Theatre Company, the O’Neill, Signature (NYC), Signature (DC), Goodspeed, York Theatre, Barrington, NAMT, NYMF, and CAP21. Highlights include Into the Woods (Fiasco), The Last Five Years (ACT), Once Upon a Mattress (Transport Group), Indian Joe (Goodspeed), and Found (Atlantic, Philadelphia, Los Angeles). He and his husband, Frank Galgano, have written musical arrangements and orchestrations for more than 40 shows, most recently Scotland, PA (Roundabout), Kris Kringle (Proctors), Elf on the Shelf (Mills Entertainment), and a new version of Found (IAMA). In development: Medusa, Dear Shirley.

Louis Danowsky Trio: Multi-instrumentalist and Millburn’s own Louis Danowsky brings you your favorite Broadway hits with his trio of saxophone, bass, and drums. Louis is a recent graduate of Northwestern University who has worked on the music teams of two recent Paper Mill Playhouse productions: Chasing Rainbows and Unmasked: The Music of Andrew Lloyd Webber. Louis, alongside his big band, the DW Jazz Orchestra, has headlined at prominent New York venues like Birdland Jazz Club and Dizzy’s Club Coca Cola at Jazz at Lincoln Center. He will be joined by drummer Jared Decker and bassist (Sean Decker/Alex Warshawsky).

Erin Maguire is a stand-up comedian/actor/writer/podcast host based in New York City. She has written for Comedy Central’s Roast of Alec Baldwin and recently headlined Caroline’s on Broadway. She has appeared on Gotham TV Live for Oculus/NextVR, ESPN, and the Game Show Network. She appears at clubs all over NYC and has been featured at the Lucille Ball Comedy Festival, Boston Comedy Festival, Women in Comedy Festival, and Laugh Your Asheville Off, and she won the Woodstock Comedy Festival. She loves a festival. Her comedy advice podcast Dear Pod (based on the articles of Ann Landers and Dear Abby) reached Apple’s top 100 comedy pods in its first month. Right before the world imploded, Erin played God in David Javerbaum’s Act of God at The Fulton Theatre. Prior to that, she’s been playing God to her two dogs, Scotch and Izzy, while delivering commandments to her husband, Jim. She looks forward to being around live/non-Zoom people but does not look forward to wearing pants again.

Joe Regan is a fixture on the cabaret scene in the metropolitan area, appearing in piano bars and cabaret rooms, as well as on international river cruises and at various resorts. He performs on Tuesday nights at Don’t Tell Mama in NYC and on Thursday and Sunday nights at 16 Prospect in Westfield, and he can currently be seen online on Virtual Piano Bar on Friday nights at 6PM. He opened for Steve Ross at the 75th anniversary of the Chrysler Building and has been nominated numerous times as Outstanding Piano Bar Instrumentalist by the Manhattan Association of Cabaret. He is also a teaching artist for the Education Department at Paper Mill and the Performing Arts School at The Mayo Performing Arts Center in Morristown.

Susan Speidel served for 20 years as the Director of Education at Paper Mill, where she founded the Rising Star Awards and the Summer Musical Theater Conservatory. During that time, she also appeared on the Paper Mill stage in The Student Prince, Jesus Christ Superstar, and numerous concerts and Humanities Symposium events. As a performer she has presented cabaret shows at Judy’s Chelsea, The Duplex, Broadway Baby Bistro, Bob Egan’s Cosmopolitan Club, the Stockton Inn, Odette’s, and the Tennessee Williams Theatre in Key West. She has been a soloist with the Seattle and Portland Symphonies, the Orchestra of St. Peters by the Sea, and the Key West Pops Orchestra. With the Pops, she played the title role in Hello, Dolly!, directed by Lee Roy Reams, and also appeared as Stella Deems in Follies. Other regional credits include Rose in Gypsy, Rev. Mother in Nunsense, Mama Morton in Chicago, Gooch in Mame, Saraghina in Nine, Ruth in The Pirates of Penzance, Mrs. Lovett in Sweeney Todd, and Emma Goldman in Ragtime. She has directed over 100 professional, community, university, and high school productions, and she teaches as an adjunct in the Theatre Conservatory at Kean University. She holds a BA in English and Theater from Montclair State, an MA in Arts Administration from NYU, and a Doctorate in Liberal Studies from Drew University. She also studied at HB Studios in NY and the Globe Theater in London. She is a recipient of the NJ Governor’s Award for Theatre Education and the NJ Theatre Alliance’s Applause Award, and she was inducted in the NJACT Hall of Fame for her contributions to arts education. 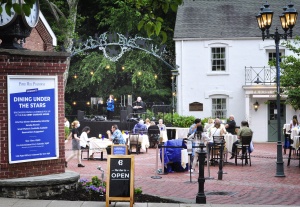 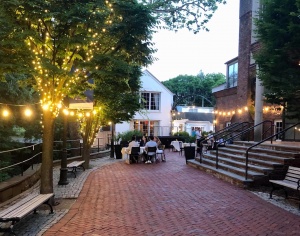 “Paper Mill Playhouse is situated on a beautiful campus along the brook. We are fortunate to have a perfect setting to provide patrons an elegant al fresco dining and entertainment experience in an area vast enough to comply with state guidelines on social distancing for outdoor dining safety,” Said Mike Stotts, Managing Director. 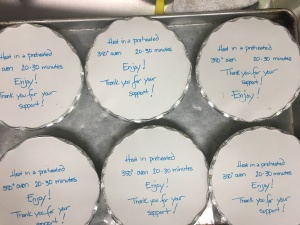 The Brookside diners will enjoy hearing musical theater favorites each night with live performance on Saturday nights beginning with Brookside Cabaret with Susan Speidel and Joe Regan scheduled for June 20, June 27 and July 4 and July 11 at 7PM.

“We are thrilled to have this opportunity to provide live musical performances once again. Paper Mill Playhouse has been bringing audiences live theater for 83 years and we will continue to do so by adjusting to what this means in the face of the current pandemic.” Mark S. Hoebee, Producing Artistic director. 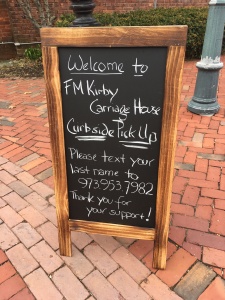