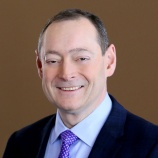 MICHAEL STOTTS (Managing Director) joined the Paper Mill staff in February 2019 after serving as Managing Director of Hartford Stage in Connecticut for thirteen years. There he produced the world premieres of the new musicals Anastasia (also a coproducer of the Broadway production) and A Gentleman’s Guide to Love & Murder (2014 Tony Award for Best Musical). Among the more than eighty plays developed and produced during his tenure, notable shows include Rear Window with Kevin Bacon, Man in a Case with Mikhail Baryshnikov, the Pulitzer Prize–winning play Water by the Spoonful by Quiara Alegría Hudes, and Horton Foote’s The Orphans’ Home Cycle, which enjoyed a celebrated run in Hartford and New York, where it won the Drama Desk, Lucille Lortel, and Outer Critics Circle awards. Stotts led a multiyear capital campaign to expand and renovate the entire Hartford Stage theater facility, creating a state-of-the-art, flexible theater for producing a wide array of artistic programming. Prior to Hartford Stage, he served as managing director at Long Wharf Theatre in New Haven, George Street Playhouse in New Brunswick, NJ, and the Shakespeare Theatre of New Jersey. Stotts has served on numerous boards, most recently Billings Forge Community Works in Hartford, the Connecticut Arts Alliance, and Hartford Performs. In 2018 he was a member of a delegation of US arts leaders at the Seventh Annual Workshop on Theatre Management at the Central Academy of Drama in Beijing, China. He was recently appointed to the Tony Awards Nominating Committee and reelected to the board of the New Jersey Theatre Alliance. He is originally from Calgary, Alberta.