Paper Mill Playhouse is pleased to announce that Michael Wartella (Wicked) will star as Dion alongside Christy Altomare (Anastasia) as Dion’s wife Susan and Joey McIntyre (New Kids on the Block; Waitress) as Dion’s right hand man Johnny in the world premiere of The Wanderer, a new musical based on the life of Rock n’ Roll Hall-of-Famer Dion DiMucci. Further casting to be announced at a later date. The Wanderer is written by Charles Messina (A Room of My Own) and directed by Kenneth Ferrone (Cruel Intentions National Tour, “Rent on Fox”). It is produced by Paper Mill Playhouse in association with Jill Menza and Charles Messina. 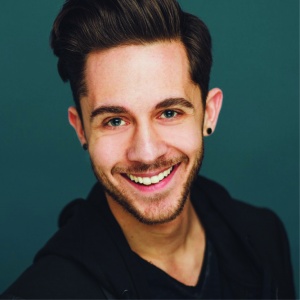 Dion. One name set the standard of cool for a generation. But how does a kid from The Bronx make it to the Rock n’ Roll Hall of Fame? In The Wanderer, the incredible musical journey of a troubled young man turned teenage heartthrob (and, ultimately, Rock n’ Roll icon) is told in intimate and no-holds-barred detail. Dion’s music helped define a generation of Rock n’ Rollers. His lifelong battle with addiction shed a stark light on the darker side of fame and success. This musical takes both subjects head on, set to the iconic sound of an incomparable era in American music, and celebrates the triumph of the human spirit against all odds. The Wanderer is the riveting true story of Dion, New York’s rebel king, the man Bruce Springsteen calls “the link between Frank Sinatra and Rock n’ Roll.”

The show will begin performances on May 28, and play through June 28. 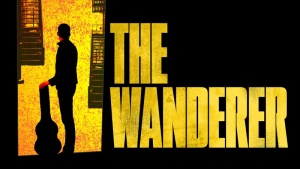 Dion is an American singer and songwriting icon whose work has incorporated elements of Doo-Wop, Rock, and R&B throughout his career. Both as lead singer of Dion and the Belmonts and then as a solo artist, he was one of the most popular American Rock n’ Roll performers of his time. He had 30 Top 40 hits in the late 50s and 60s including, “Runaround Sue,” “Teenager in Love,” “I Wonder Why,” “Ruby Baby,” “Abraham, Martin and John” and “The Wanderer,” among many more. Dion was inducted into the Rock n’ Roll Hall of Fame in 1989.

CHRISTY ALTOMARE (Susan) originated the role of Anya in the Broadway production of Anastasia for which she received the Theatre World Award and was nominated for an Outer Critics Award and a Drama Desk Award for lead actress in a musical. She made her Broadway debut playing the role of Sophie Sheridan in Mamma Mia. Off- Broadway, Christy portrayed the role of Sue Snell in MCC’s revival of Carrie the Musical. Christy can be heard in the cast recordings of both Anastasia and Carrie. She toured the country in the first national tour of Spring Awakening, playing role of Wendla Bergman. Regional credits include Jerusha Abbott in John Caird and Paul Gordon’s production of Daddy Long Legs, Guinevere in Camelot at Drury Lane in Chicago, and, most recently, Nellie Forbush in South Pacific at the Aspen Music festival. Christy is a graduate of the Cincinnati College Conservatory of Music. Along with her passion for musical theater, she is a songwriter/ recording artist, currently working on a number of projects.

JOEY McINTYRE (Johnny) grew up 4 blocks away from the oldest community theater in America, The Footlight Club in Boston, MA, where at 8 years old he made his debut as Winthrop in The Music Man. When he was 12, his community theater career was held up by an audition for New Kids on the Block – the original Boy Band. A very long story short, the band went on to sell over 80 million records worldwide and continue to sell out arenas today. Joey has enjoyed success as a solo recording artist, including the Top Ten hit “Stay the Same” on Columbia Records. As an actor, Joey has been seen on TV and film including Matt in the film version of “The Fantastiks”, David E. Kelly’s “Boston Public”, “The McCarthy’s” on CBS, and Paul Fieg’s “The Heat” with Sandra Bullock and Melissa McCarthy. Through it all, his heart has always lead him back to the theater, where his credits include many regional productions as well as Wicked on Broadway alongside Idina Menzel as Fiyero, Off-Broadway in Tick, Tick, Boom and most recently on Broadway in Waitress the Musical.

CHARLES MESSINA (Book). Messina’s playwriting credits include the Off-Broadway show A Room of My Own, starring Ralph Macchio and Mario Cantone, and Mercury: The Afterlife and Times of a Rock God about the life of Freddie Mercury.  Published works: the plays Klepto, Merging, and Fugazy.  Other notable stage work: his direction of the critically acclaimed Off-Broadway show Cirque Jacqueline and the long running comedy The Accidental Pervert.

KENNETH FERRONE (Director). Ferrone’s credits encompass television, film, Broadway theater, and dance.  Most recently, Kenneth directed the National Tour of Cruel Intentions, associate directed SpongeBob SquarePants on Broadway at the Palace Theatre, as well as the show’s world premiere at Chicago’s Oriental Theatre, and he produced the musical broadcast of “RENT on Fox.” Other recent stage directing credits include When Blood Ran Red for the National Yiddish Theatre Folksbiene, the Off-Broadway premiere of Hi Hitler at the Cherry Lane Theatre, Sistas, now playing its eighth consecutive year Off-Broadway, and The Wanderer, a new musical based on the life of Rock N’ Roll Hall of Fame artist, Dion DiMucci.  Kenneth collaborated with Jerry Seinfeld and Colin Quinn as the Associate Director of Colin Quinn: The New York Story, which earned rave reviews Off-Broadway, was named a “Critic’s Pick” by the New York Times and was filmed for Netflix. He associate directed the Broadway revival of Love Letters at the Brooks Atkinson Theatre, the Broadway premiere of Wonderland at the Marquis Theatre, Head of Passes at the Mark Taper Forum, Deathless at Goodspeed Musicals, In Transit at Primary Stages, Maltby & Shire’s Waterfall at Pasadena Playhouse and The 5th Avenue Theatre, and the world premiere musical, Dave at Arena Stage. Other credits include productions at Williamstown Theatre Festival, Bay Street Theatre, the Alley Theatre, and the Straz Center for the Performing Arts. For television, Kenneth Produced “RENT on Fox” and the Emmy Award winning “Grease Live!” on Fox. He associate-produced Seasons 1 and 2 of Steven Spielberg’s musical series, “Smash”, as well as the drama series, “Rise” on NBC.  Additional TV/Film credits include the NBC series, “Deception” and “Ironside.” Theresa’s Rebeck’s feature film, “Poor Behavior.” Kenneth is a graduate of Northwestern University and a member of the Stage Directors and Choreographers Society and the Producers Guild of America.